PHASM is a long read de novo genome assembler that phases variants among chromosome homologues during the assembly process, and aims to output separate contigs for each haplotype. The main idea in PHASM is to build bubble chains: consecutive “superbubbles” chained together. While most traditional genome assemblers pop these superbubbles by only keeping the best supported path, PHASM finds k paths through this chain of superbubbles that best represent each haplotype.

This program has been created as part of my master thesis project. For now, it has only been tested with error free data. 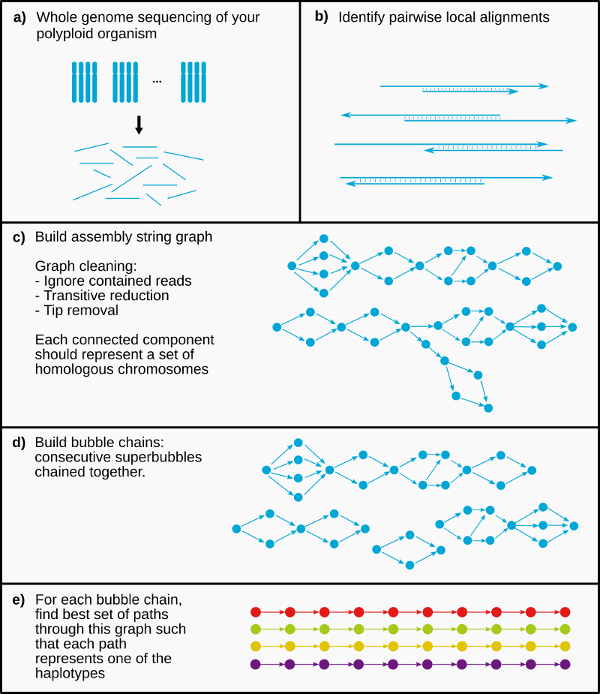 Read more in my master thesis.

PHASM is available on Github.